The Key Biscayne was a jack up oil rig on voyage under tow by two rig supply vessels Lady Sonia and Atlas Van Diemen from a location off Darwin to Fremantle for stacking in Cockburn Sound pending its future employment.

Early on Thursday September 1st.1983 the tow line snapped in heavy seas 30 miles off the coast of Lancelin. Attempts to reattach the lines during the day failed, and fears were held for the safety of the crew and most were evacuated by civilian and RAAF helicopters early that morning in a dangerous operation as the rig was now rolling and pitching heavily.

A smaller crew continued to battle to save the rig but late in the afternoon this crew was also evacuated with the aim of returning the next morning when the weather was expected to be better. The rig was abandoned about 10 miles off the coast of Ledge Point. By the next morning the rig had disappeared and was later found lying on the seabed a few miles from where it was abandoned.

The Key Biscayne now sits upside down on it’s legs on a sandy seabed in 42 metres of water, the highest point being at 26 metres. The rig is now home to a variety of marine life, and the size of the rig offers experienced divers an unforgettable dive during good weather. 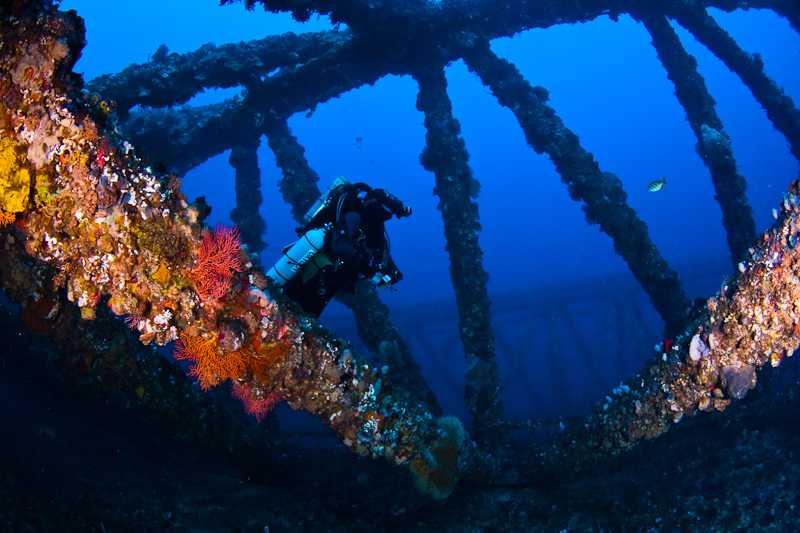